Posted at 11:59h in The Todcast by Natalee DeHart
0 Likes 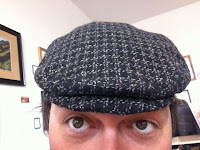 Todd DeHart, my co-host, was among the most disappointed people this week when blogger and semi-professional crank Joe Albero got a ton of attention for one of his posts. It was a bit of an education for me because I didn’t know there was such a thing as iCNN or CNNi or whatever the site was that promoted the blog in question.

This is old territory for us, so I’ll just touch lightly on it here — the difference between a blogger and an actual journalist is accountability. There was actually a national news story about a blogger who lost the bid to protect a source because blogging isn’t journalism. It’s not my fault.

We gave the matter way more attention than we should have but at the end of the day Todd’s main source of jealousy was that his blog site www.gcfl.wpengine.com never gets the attention sties that “report” on conspiracies and potential scandals do. It’s the same reason no one ever slows down to watch someone not being in a car accident.

On the lighter side of the Todcast, and for the Twitter savvy, Mark Huey, this paper’s graphic designer and I have started documenting what goes on outside that great big bay window at 11 South Main Street, the Gazette’s new offices.

If you have ever been in a high school play it is likely you’ve heard the theatrical warning, “If you can see the audience, they can see you.” It’s often an attempt to keep kids from poking their faces out of the wings.

It also happens to be a lesson we learn here daily and, as we discuss at length in the Todcast, it goes a long way to making one a more conscious eater. Also, we do a lot of waving, so if you find yourself Downtown, make sure to look in and wave. Mark is the skinny one. I’m, well, less so.

Thanks to everyone who keeps up with the Todcast “What did Todd say?” challenge. This week we’re taking it up a notch and you’ll have to listen to the show in order to get the clue. The first one who answers it gets a draft beer or root beer, your choice, on the Todcast.

Feel free to join us 6 p.m. each Tuesday for the Happy Hour Todcast at Burley Oak Brewery. If something tragic keeps you from coming out, you can always check out the resulting recording Thursday afternoon by subscribing on iTunes. Just type GCFL into the search bar at the iTunes store to subscribe. We’re now also on the Stitcher app, which smart phone users can download free using the promo code ‘Todcast’ and have the show streamed directly to their phones. Fair warning before you listen: Put on your irony hats, kids. It’s all in good clean fun.