Posted at 16:32h in The Todcast by Natalee DeHart
0 Likes 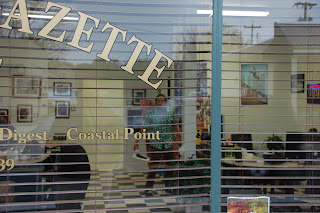 It was a short week at the Bayside Gazette this week and as a result the Todcast involves a different kind of time travel than we are used to doing. The show, like the paper, comes out Thursday morning. Unlike the paper, however, it is finished Tuesday rather than Wednesday night. A regular trope is to use the phrase “Todcast time” when we refer to things that haven’t happened yet as if they already have.

Usually it is minor. During the State of the Beer, for example, we ask what the special keg will be “tonight” even though the tapping party happens Thursday night. It’s a conceit we don’t take too seriously but it makes us feel better to think that all of our listeners jump out of bed like kids on Christmas morning each Thursday and listen to the Todcast while flipping through the Bayside Gazette.

And, let’s be honest, you totally know you do.

Because the paper is going out early, I’ll have to tell you what happened on this week’s Todcast before it actually does. Since I’m generally the one who directs the show and its topics, it isn’t too much of a challenge.

For example, I know that our guest — Berlin Director of Community and Economic Development Michael Day — was dry and charming if the littlest bit confused about what he was actually doing there.

Michael has never been a guest on any of the Bayside Gazette podcasts or Todcast that have been recorded over the last four or so years but has always promised to be. Rather than commit to an actual date, he’s always told me just to call him if we have a guest cancel and he will pinch-hit.

No matter how far in advance a guest has cancelled so far, he’s been “out of town” every time and we were beginning to take it a little personally, so we blackmailed him a bit.

In his position, missing the opportunity to plug this weekend’s Holiday Arts night (we told him) would be a dereliction of duty. The fact that he had a 7 p.m. appointment in Berlin Tuesday and therefore had an hour to kill as the Todcast was being recorded had nothing to do with his presence. He caved in to the pressure Todd and I brought to bear and don’t let him tell you otherwise.

But back to the prognosticating.

Zach, the blonde behind the bar, will pinch hit for me in the beginning of the show, as I will arrive late and a little disoriented. If forced to do the news, he will discuss prevailing surf conditions.

Crowd participation will be up from last week both because of increased numbers and enthusiasm. At least one person will compliment Zach on his weight loss and new hair color thinking he is me. This person will have been drinking for a while.

The State of the Beer will be “good” rather than “strong” because neither Zach nor Bryan Brushmiller, the brewery owner, recalls the State of the Union reference.

All of my predictions, as it turns out, weren’t what you’d call spot on.