17 Nov How Strong is Too Strong? – This Weeks Todcast

Posted at 14:29h in The Todcast by Natalee DeHart
0 Likes 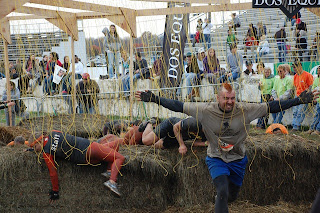 This week’s guest on the Todcast was Amy Unger, one of the public relations folks from Atlantic General hospital and the woman charged with coordinating the annual Penguin Swim to benefit the hospital.

For those who aren’t aware, the Penguin Swim takes place New Year’s Day an involves running — usually while screaming — into the Atlantic Ocean’s cool 40-degree waves. For those of you who haven’t done it, let me assure you that 40-degree water is way colder than 40-degree air. If you want to know way and can’t recall your high school chemistry course you’ll have to check in to hear the story.

Amy is a tough salesperson when it comes to the Penguin Swim, likely because it is a cause she supports and one that is easy to tout. She got Todd’s commitment to participate right there and then. I, tragically, will be away for the weekend but she told me I could just make the donation and get in the water nearest me.

To give you an idea how pitiless she is when it comes to the event, even when I pointed out that participating would require me to get into the water in New Jersey she told me to man up. Needles or no she wanted my commitment. I distracted her by “accidentally” drinking her beer instead of mine and we changed the subject.

Speaking of beer, Burley Oak owner Bryan Brushmiller was stone cold excited to be getting in new fermenters for his beer. On one hand it will help him make more, but more importantly, when he says the state of the beer is strong during the state of the beer segment, he means it in a kind of literal way.

His current tanks, when pressurized, cannot hold all the beer down, so he or a member of his crew have to literally sit on the top and hold the beer in. The first time he tried this he was unsuccessful and the lid popped and sent him tumbling off the tank. So while there’s nothing wring with strong beer, less aggressive beer is better for his health.

If you want more details about the Tough Mudder event Paul Suplee participated in than is provided on page 9, you should also check out the Todcast. I happened to be in the neighborhood this weekend and stopped by for a firsthand view of the potential carnage.

Simply put I saw four ambulances during the two hours I was there and Paul told me later that as the sun went down and the chill came on there were a significant number of casualties. Warriors wounded for Wounded Warriors would have been a great headline but Paul and his crew escaped with mainly aching muscles and the resolve to try and get in better shape before the next one.