Posted at 18:00h in The Todcast by Natalee DeHart
0 Likes 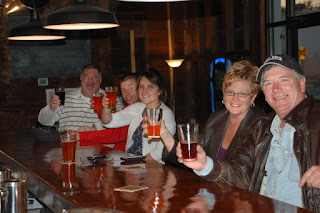 In honor of the Todcast going full live — we have speakers, microphones and even a good-looking blonde named Zach introducing the show — Burley Oak owner Bryan Brushmiller said he might start having beer by the firkin Tuesday nights.

A firkin is kind of a cask the beer needs to be drawn from using a long handle, and here’s your trivia for today, which is why tap handles are long.

Of course, having 12-year-old intellects, neither Todd nor I could let “firkin” go ‘cause it sounds so much like a curse word.

Sometimes people say they find a particular word or phrase is offensive, but they nearly always restrict their objections to whatever their particular definition of swearing happens to be.

Objections to cursing are really just against a particular use of the language in their presence. These objections can be reduced to: “I don’t like when you use our language that way in front of me.”

I don’t like when grownups fail to make their subjects and verbs agree but if someone were to say to me, “It don’t matter,” and I were to say: “There’s no need to speak like that in front of me,” I’d be somehow pretentious.

The Police Beat returned to the paper and therefore to the Todcast this week with two special stories about criminal masterminds, one of whom Todd said he might have had contact with prior to his arrest. Although all of the following was alleged, I was musing about a man who was arrested for stealing shopping carts. Apparently there’s been a minor rash of cart thefts and the motivation for such behavior totally escaped me.

According to Todd, it’s likely that the thieves are selling the carts for scrap metal. There is all sorts of “Wow” associated with that notion. He said it is the same with bikes. Steal a bike and try and pawn it, they get your name and driver’s license. Steal a bike and scrap it? They pay you less but the pay you off — again this is according to Todd as opposed to an actual authority on the subject.

Todd’s authority comes only from his experience recycling the scrap metal from the house he’s renovating and noting the number of both workable bikes and shopping carts present.