Posted at 18:23h in Music by Natalee DeHart
0 Likes

This a not an “Oh you missed it” or “You should have been there” blog ….this is a telling and of the appreciation I have for two performances I heard yesterday.

The first was listening to Live Lixx at 6on Ocean 98.  I love BK’s show, but lets face it, I listen to a lot of local original music ( its kinda our thing ) and I’ve heard, or heard of, most everybody that has been on BKs show.  Brant Quick was fresh for me in the middle of a crazy busy summer.  The  songs I heard were all original and fun summertime tunes, but each one had a different sound than the one before and showed a lot of range.  I tend to shy away from twangy country sounds but this song of his,  Drinkin Lovin Fishin made me think of cousin Tyler.  It was a infectious little hook and a little country rap that made me smile.  BK summed it up nicely by saying “Brant Quick has that indescribable lovable quality”  Charisma goes a long way to winning over a listener that may prejudge the genre of music you play.

That said, the charisma and talent from The Aggroliteslast night on stage at the Morley Hall was NOT needed to win me over (this is MY kinda Music!).  But I was completely blown away by what I saw, I’ve not been able to think of a single performance on that stage that topped the one last night.  It was an smaller intimate crowd that was half people who were there because it was Seacrets and half that were there to see The Aggrolites. Jesse, the front man of the band,  was such a performer, getting everyone going and kept them going.  Even weeding out the juice heads that were starting a fight by pulling a ‘Dave Grohl’ and stopping the music looking straight at the guy causing trouble and telling him to take it out side…… but that was not the defining moment of the show instead it was a group of people skankin to some great dirty reggae.  If you have the means to check these guys out while they are on the warped tour, I would highly recommend it. 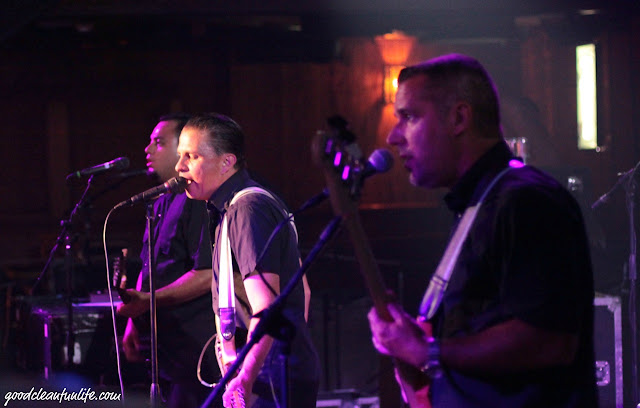