Posted at 15:00h in Artist Spotlight by Natalee DeHart
0 Likes

Only a couple more days until the annual Pirate Rob’s Birthday Bash at Ram’s Head Live, featuring 19 bands from around the region. We have been showcasing some of the bands the past couple weeks, that will be performing this Saturday. Today we are showcasing Tsunami Rising, out of New Jersey. 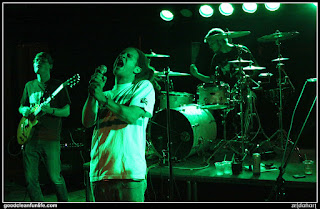 Tsunami Rising formed in the winter of 2003 as a three piece act playing punk influenced reggae and ska around the South Jersey and Philly scenes promoting a self-produced, 10 song release. A new singer in 2005 brought new energy and influences of rock and hip hop to the group and the evolution of their sound has been evident. The band began to develop their niche in the local music scene playing Atlantic City and Philadelphia regularly while expanding to New York’s the Knitting Factory, Asbury Park’s Stone Pony, Philly’s Grape Street Pub, North Star Bar, Pontiac Grille, Trocadero and more. In January 2007 Tsunami Rising organized their first East Coast tour and has been hitting the road often since. Since, the band has toured both coasts and is continuously playing regionally.

The addition of a new guitarist in Spring 2009 has added a progressive touch to the Tsunami style.Tsunami Rising continues to grow as individuals and as a band bringing their style of conscious reggae-rock along with their strong message to listeners all over.