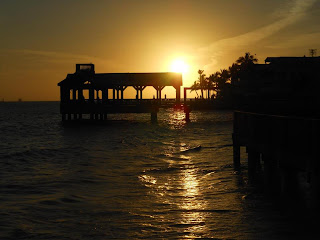 I recently was able to take my first vacation in several years. You know, the kind where you aren’t traveling to visit family or going to a wedding or fleeing prosecution. The kind where you are traveling for legitimate pleasure, to a destination of your choosing where you can do as little or as much as you feel like. Or at least as much as local laws are willing overlook. It’s amazing how much good a four day weekend away does for the soul. And it’s equally amazing how much air travel does just the opposite.

I don’t fly very often, so when I do it often feels like taking a refresher course in People Are Crazy 101. Because even people who aren’t all that crazy initially can become crazy on airplanes, in airports, and in the TSA’s molesting area. Myself included.
I become tangled in a web of panic when it’s my turn to place my belongings in the x-ray machine bin. If I don’t move through the line at a sufficiently hasty speed everyone in line behind me will be so pissed. So I throw my liquids and laptop and shoes and jacket and dignity into the plastic bin with as much rapidity as I can muster without looking like a paranoid potential bombing suspect. I have an irrational fear that the hundred people in line behind me or the TSA warden are going to berate me for any minor infraction. “This shampoo container is 4oz. The limit is 3oz. Are you daft, woman?” or “Is that? No. Is that laptop a Compaq?… Seriously? They don’t even make those anymore. Bill, come look at this! Surely this is too old to use conventionally. What are you hiding in there?”
Then I realize that my socks don’t match and everyone can see because my shoes have been removed and fed to the x-ray monster. I step through the metal detector and am inevitably summoned to the “extra” search area where they check your hands for gun powder residue and wave the explosive/poisons/shame detector wand over my boobs and lady parts. Happens just about every time I fly. I am convinced that I have been flagged in some sort of government database that put me on a no-fly-without-extra-wanding list. When TSA is administering this wanding they make people put their arms straight out to the sides, which would be fine if they hadn’t already confiscated your belt and fed it to the x-ray monster as a side dish to your shoes. And then you’re afraid that if you let the pants go they will fall down and then you will be arrested for indecent exposure and having too many liquids and being a potential Compaq-wielding national security threat. And bribing the agents isn’t even an option because they already took your wallet and money. It’s a real Catch 22. The terrorists have won.
If you’re still mostly sane when you get through all that and the kiosk that sells $5 bottles of water and pre-wrapped appetite deterrent sandwiches, well done. The next step is to board the air vessel with grace and dignity. I find that part to be a usually painless task, save for the people who stand directly in front of the gate, waiting for their boarding zone to be called with the urgency of a pack of starving wombats awaiting feeding time. These people will club a grandma in the head with a crying baby for overhead bin space. It’s best to let them have it.
Once on board, it is important to establish arm rest dominance. The sucker who gets stuck in the middle seat should be awarded maximum arm rest real estate. Always. It’s just good manners. Speaking of manners, if the crew requests that passengers with tight connections who are in danger of missing their next flight be let off the plane first, people should put aside their self-absorption and allow those already stressed people to de-plane ahead of them. Those who ignore this request should be poked in the eye and arrive home to a bed bug infestation. If it is a short layover where you don’t even need to get off the plane, someone will probably tie up one of the two bathrooms for the entire 20 minutes you have to be out of your seat because they are changing outfits or pooping. You will know it is the former when they emerge from their little love holiday in all different clothes and refreshed makeup, without a care in the world and oblivious to the irrate stare-downs of their small-bladdered bretheren. Depending on how badly I have to pee, the feelings that I personally have towards those people range from minor annoyance to blood-thirsty murderous rage.
By that last stop everyone wants to get off the plane. Immediately. Especially if you haven’t eaten anything besides airline pretzels since breakfast because your plane sat on the tarmac for an extra 40 minutes to allow for mechanical inspection after you have already boarded and your next flight lands late and you have to run to catch third plane, taking away any possibility of stopping for food and you want to eat the flight attendants arm because it got too close to your salivating mouth but you don’t because that would be cannibalism. And illegal. And you are now insane.