Posted at 19:00h in For the Love of Good Food, The Todcast by Natalee DeHart
0 Likes 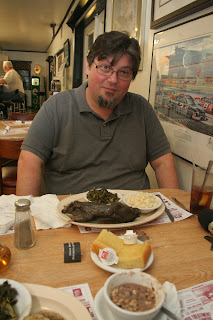 By the time you read this the Todcast will have inaugurated Varmintfest. For those who missed the big announcement, my co-host Todd DeHart and I made the big Varmintfest announcement about a month ago when we pledged to stop our whining, sit down and enjoy, or at least attempt to enjoy, the Eastern Shore delicacy muskrat. The biggest challenge is to do so unironically and we committed to that because Varmintfest is about more than just trying the food, it is putting our mouths where our rhetoric was.

Last year, both the folks at www.goodcleanfun.com and the Bayside Gazette made a significant effort to spread the word about sustainable food opportunities in the area. We called it the Buy Local Challenge. Actually that’s what they called it, I just covered it.

Shameless promotional aside: Make sure to keep a lookout for next week’s Bayside Gazette because as planting season gets underway it is time to start thinking about the Local Challenge again. I predict that the paper will contain a feature story on how to join a CSA (Consumer Sponsored Agriculture) project to make sure you’re getting the best food from the best source. End promotional aside.

The folks at Dave White’s Pittsville Dinette epitomize the Buy Local Challenge by single-sourcing their muskrat from a reliable hunter who takes care to make sure he traps and sells only the best. Dave told me it was likely that when his source retires, he will be finished selling the delicacy.

In recognition of the inaugural (and possibly final) Varmintfest, Mark Huey, the Gazette’s graphic designer, provided Varmintfest cookies. A Punxsutawney, Pa. native, his mother sends him Groundhog Day cookies — happy Groundhog Day, by the way — which he was kind enough to repurpose for our similar-looking varmint.

To add to the difficulty level, on next week’s Todcast we’ll describe the taste of muskrat without using the words “gamey” or relating the meat in any way to chicken. There are other words to describe food out there and as part of the Todcast, we’ve banned them as descriptors generally. The folks at the OED have yet to make a reply.

Quick hits from this week: Thomas Melville made what will likely be his final appearance on the show before he makes his big cross country adventure. So for the three-or-so of you who have been following Bayside Gazette-produced podcasts for the last fiveish years, we revived our well considered critique of “Things I Like” which was always a crowd-pleaser.

Feel free to join us 6 p.m. each Tuesday for the Happy Hour Todcast at Burley Oak Brewery. If something tragic keeps you from coming out, you can always check out the resulting recording Thursday afternoon by subscribing on iTunes. Just type GCFL into the search bar at the iTunes store to subscribe. Fair warning before you listen: Put on your irony hats, kids. It’s all in good clean fun. 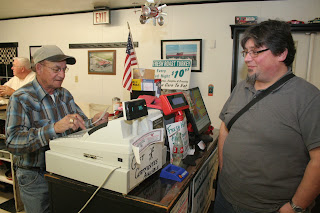