13 Dec A Letter from the CEO of Christmas

Posted at 14:31h in Krugers Korner by Contributing Writer
0 Likes
Dear Christmas Faithful,
As many of you know, we have been facing an uphill battle in recent years against the popularization of ‘Happy Holidays’. We fully intend to bring ‘Merry Christmas’ back to its previous status as an acceptable December greeting before the conclusion of fiscal year 2012. I plan on fully implementing several initiatives.
As you may have heard, that situation regarding the baby born in the barn has turned into quite a nightmare scenario. Due to the unsanitary condition of the birth manger and the fact that animals were present, CPS (Cynical People for Sanitation) has been threatening to sweep in and remove the child from our custody. I have been advised not to comment further, as this is still considered an open investigation. Please refer all questions regarding impending litigation to the company lawyer, Benedict XVI, LLB.
As many of you know, our three recreational astronomers who followed the star to the barn initially have given us much inspiration in terms of the direction that we would like to go. Rewarding people for good behavior is unprecedented. And who could be considered better behaved than a married virgin? Therefore it is with great regret that I must be the bearer of bad news. Due to current economic conditions and recent cutbacks, those three have been replaced by a solitary bearded fat man with a questionable interest in children and little people. One Nicholas Clause will undergo extensive training in the art of breaking and entering without detection.
I am confident that this strategic move could bring us out of the red, as he is willing to accept cookies and diabetic insulin in lieu of monetary compensation and traditional benefits. He will continue with the astronomers’ practice of rewarding those who are good. Gold and Frankincense will still be used sparingly. Due to public outrage and lack of knowing what it is, Myrr will be replaced with shares of Facebook stock and Red Rider BB Guns.
According to recent polls, 68% of people find reindeer to be more appealing than the spitting camels. Being as that they are also more cost effective, a small herd of 8 reindeer will replace the three camels affective immediately. We will continue our unwavering support of pine tree genocide.
Moving forward, I will be leading a newly formed think tank in search of a solution to the problem of Bad Kid Coal. We will be looking for ‘greener’ suggestions (via social networking) that do not foster further dependence on fossil fuels. You are probably aware that our main competition, Lucifer, has made the switch to solar power and has recently gained over one million Twitter followers who favor his trending hashtags referencing the Kardashians and Congress. With your support, I fully expect that this corporation will surge ahead of both Happy Holidays and Lucifer in 2012. I bless you.
Best,
God
CEO, Christmas International
P.S. – My son Jesus sends his regrets that he will be unable to attend the upcoming shareholders conference due to the observation of Hanukah. Because he’s Jewish. 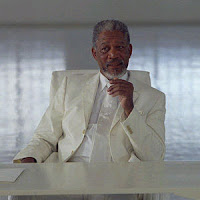