Posted at 10:41h in The Todcast by Natalee DeHart
0 Likes 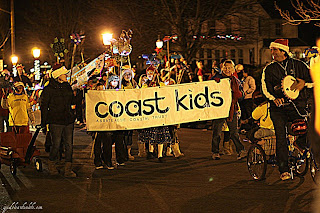 This week Todd DeHart proposed possibly the single most awful Christmas parade idea that anyone has had in a very long time, but it wasn’t his fault, really. He just gets excited. For the first time since he’s lived here he was able to see the parade from his front porch and his newly-found access to the Downtown area has kind of gone to his head.

He’s never (apparently) noticed before, so this year he was just a tad disappointed that there were no adults-only presents thrown from the floats or spiked hot chocolate available for sale anywhere along the parade route. His mission, he said, was to change all that.

My mission was to distract him, so we contemplated a less aggressive entry into the parade — possibly a Todcast float — or maybe the sale of hot dogs and hamburgers on an outdoor grill. After all, we wouldn’t want him arrested for being a rogue.

Yes, if you take a look at the Police Beat (Page 6) you’ll note the gentleman charged with being a rogue had more charges filed against him this week. The reason I bring him up again is that this week’s drinkable prize contest involves him in a way.

The first of our readers to visit the Todcast and define for us (OK, for him, he doesn’t believe my definition) the word “rogue” can have a drink on the house. During the State of the Beer we learned that the root beer is still on tap so non-drinkers can totally play along as well.

The other story we discussed at length was the new Berlin Walking Tour (See Page 16) which is getting a complete redo including professional actors playing some of the parts. The story about Rex Hailey’s tree is expanded upon in the Todcast and is more amusing that was really appropriate for the bigger story, which was the Tour.

Other items of interest include my experience at a biker party and a grownups party along with Todd’s fear that Ocean City is preparing to ban people who are wearing tattoos. While he is all for banning what he calls, “skin mullets” he suggested an outright ban would be a bummer. It’s his phobia and we should probably just let him have it. It’ll keep him honest if nothing else.

Feel free to join us 6 p.m. each Tuesday for the Happy Hour Todcast at Burley Oak Brewery. If something tragic keeps you from coming out, you can always check out the resulting recording Thursday afternoon by subscribing on iTunes. Just type GCFL into the search bar at the iTunes store to subscribe. We’re now also on the Stitcher app, which smart phone users can download free using the promo code ‘Todcast’ and have the show streamed directly to their phones. with no individual show downloads required. Fair warning before you listen: Put on your irony hats, kids. It’s all in good clean fun.