Posted at 11:00h in Krugers Korner by Contributing Writer
0 Likes 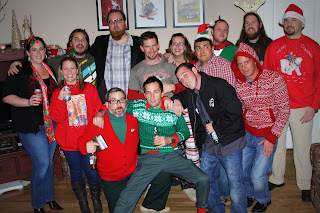 It’s the month before Christmas, and all through OC
Every night of the week someone has a party
The lights are strung up through Northside with care
Donations from Winterfest put them up there
The locals are nestled all snug at the Tavern
A yuletide festival is what we are havin’
Friends with their liquor, and I with my Boh
Had just settled down for the offseason show
When down Coastal Highway there arose such a clatter
We put down our Natties to see what was the matter
Up to the boardwalk we flew in a flash
Then detoured to Captain’s Table to get some Crab Hash
Heading to West O, everyone took off
To Green Turtle West for this year’s Chili Cook Off
With dozens of restaurants, presentations so slick,
It’s hard to know just who to pick
We’ll all plan a bar crawl that would put tourists to shame
Let’s map out our bar stops and call them by name
“Now JC’s, now Kirby’s, now Mother’s and Fagers!
On Cork Bar, on Pickles, let’s all have some Jager!”
Up and down the boardwalk and along the sea wall
the frigid-ass ocean is still a great draw
From May to September, summer once again flew
It’s time to kick back at Burley Oak with a brew
And then in a twinkling winter’s upon us
You best call a taxi, you won’t see a town bus
It’s the best time of year, if you’re craving hot sake
To get some with your tuna at OC Wasabi
Locals head to Berlin for a quaint atmosphere
Feel like live music? Head to the Steer
You can tour old Berlin in a nice carriage ride
Or gaze at the moon over the water, during high tide
The 50 bridge how it twinkles, the whole town is merry
The generosity at our fundraisers is almost scary
And if you think the benefits don’t go out on a limb
Head to Bull New Years Day for the great Penguin Swim
We have the best people, this small town of ours
And also per capita have the most bars
The streets are so empty, the best time to jay walk
No lines at Fisher’s – get your popcorn in bulk
One of the best things about the whole season
Are the decorative trees that pepper the median
Since the North Pole is frozen throughout the year
If Santa was smart he’d vacation here
Still plenty to do, from shopping to pool league
He could hit the casino, send the reindeer to Assateague
Is that him? Thought I, detecting a motion
Is that a sleigh and reindeer out over the ocean?
It was him indeed and he looked amused
The seagulls around him? They were confused
But I heard him exclaim “Be sure to pay your bar tabs
I’ll be back in the springtime, please save me some crabs!”