Posted at 19:00h in The Todcast by Natalee DeHart
0 Likes 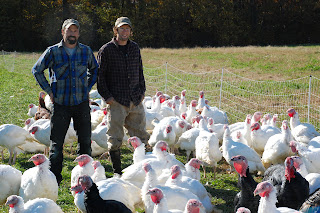 The Tuesday before Thanksgiving Michael Day was sitting in the Atlantic Hotel courtyard tying up Christmas ornaments that would eventually adorn the Town Christmas Tree, chatting with the Town staffer who was helping him.

We got to talking and he made me assure him that the Todcast he was scheduled to be the guest for later that day wouldn’t run past 7 p.m. I promised and let him know not to worry if I was a little late.

The notion of being stuck alone with Todd DeHart, my co-host terrified Michael and he made me promise I wouldn’t make him sit there alone with him. It was a promise I made but failed to live up to. In the end it didn’t matter, because he was a fantastic guest — in case you haven’t gotten around to listening to last week’s Todcast yet — and I took my shots for missing the show on tape. This will have to suffice as a public apology. With any luck he’ll return my dog any day now.

The point is that since I bailed last week it was tough to convince anyone to come on this week but we had plenty to talk about. You’ll have to listen to get all of it but it’s probably the most politically cutting edge show out this week that also includes extensive discussion on turkey basting and wet brining methods. Of course we also got into how much anticipation was wrapped up in tonight’s Berlin Christmas Parade and our various plans for watching it.

The Todcast as well as this week’s paper heralds the return of the rogue and the vagabond (see Page 6). As you’ll hear during the ‘Police Beat’ portion of the show we explored the fact that the Ocean Pines Police charged a man with being a rogue and a vagabond among other things. I’m not certain the last time someone was charged with being a vagabond in their home town but the rogue thing… how do you explain that to your cellmates, given that it’s not 1835?

Last but not least, as a little gift for one of our lucky readers who might also be available at Todcast time, the first person to come up to Todd during the show each week will get a special drinkable present. Now that the Burley Oak Brewery has its own root beer you don’t even have to be a drinker to come by. So…

Feel free to join us 6 p.m. each Tuesday for the Happy Hour Todcast at Burley Oak Brewery. If something tragic keeps you from coming out, you can always check out the resulting recording Thursday afternoon by subscribing on iTunes. Just type GCFL into the search bar at the iTunes store to subscribe. We’re now also on the Stitcher app, which smart phone users can download free using the promo code ‘Todcast’ and have the show streamed directly to their phones. with no individual show downloads required. Fair warning before you listen: Put on your irony hats, kids. It’s all in good clean fun.