Posted at 13:48h in Odd Todd by Natalee DeHart
0 Likes

This will be my most controversial post so far…. 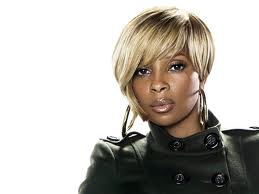 If a society is judged not by the monuments it builds but the ones it tears down (i.e. Penn station,) is a man judged not by the things he loves or hates but by the things he is apathetic about?  For me it is  Mary J Blige, bacon and Mike Ness. Yes I am a passionate fan of hip hop, eating, and alternative rock, however, these three things that people seem to hold so dear rest somewhere in the so-so spectrum for me caring.  In Hip hop and R&B Mary has  carved a place in the history of that genre. She is one of the pioneer woman artist with soulfull songs about her abuse as a child and coining of the term “Getto Fabulous” she should be revered as the godmother of modern Soul.  In my book she is not.  Her performance at the homogenized, I mean American Music Awards was whatever.  She just doesn’t do anything for me.

Like wise with Mike Ness, he is a pioneer of west coast punk with his band Social Distortion.  He is even swooned over by people I know and opinions I value.  But there is just something “soft” about that west coast sound that is better suited to bring out the best of fun upbeat ska.  I know Social D songs and recognize them enough.  But when I had the chance to watch them play live at the Verizon Center, I opted instead to go get some boardwalk fries and miff about there being no vinegar in the causeways, I wondered around for their entire set.  Maybe it helped that I knew Natalee would be getting some bad ass pics of a guy who hates to have his picture taken.  Even still I was more passionate about my fries.

Speaking of food  – I am NOT passionate about bacon.  It seems like the whole country has lost its mind over some pork fat.  “Bacon covered something” is at least a topic of a post on a daily basis.  A little while back I took a break from eating red meat (and ham included,) I remember being consoled by my brother who said “Don’t worry they have turkey bacon that tastes just like real bacon.”  at that moment it occurred to me that  didn’t really care about the taste of real bacon anyway so why would I care about turkey bacon.  It is one thing not to care but it is another thing to voice your opinion in the matter, its not like I hate bacon  I even had a piece over the weekend just to make sure I was not taking a stance of absolutism….. and it was ehhhh (whatever.)

I’ve had people that that are actually offended that I don’t – LOVE bacon and opened myself to ridicule and insults, even questioned my patriotism.  Dont worry you can not love bacon and still be an American Man.  So there it is , character sometimes is caring enough to be apathetic. 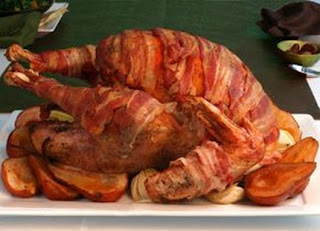