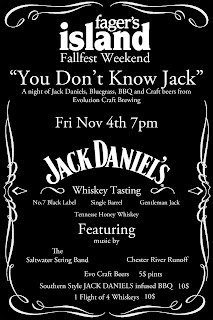 Chester River Runoff is sure to turn any event into a good time. You can’t help but dance when you hear them play, and watching them perform is just as fun. We have caught them a couple times in the area, the most recent was at a friends wedding, and they were the best darn entertainment I have ever seen at a wedding!

The first streams of Chester River Runoff started flowing in the winter of 2003, when Ben Armiger and Sam Guthridge were introduced and started jamming occasionally in Ben’s old barn down by the Chester River. For a year, with Ben on banjo and Sam on guitar, the duo would play occasional open mic nights, and busk in Chestertown on summer Friday evenings. The idea of forming a band was never really considered until the fall of 2004, at a Halloween party hosted by Ben’s neighbor Marc Dykeman. Marc dug an old Army-issue aluminum bass out of an outbuilding and played a couple of songs with the duo, who were shocked to see people get up and dance.

Inspired, Ben and Sam assembled the original quartet, with bluegrass newcomer Tim Parent on mandolin and Ian Trusheim on bass. The four hung out and casually learned a few tunes in an attempt to learn how to play their new instruments, for by this time Sam had taken up banjo and Ben guitar. A month or so later, they had gotten a dozen songs together and were asked to stop by and play a party hosted by some Washington College students on a farm outside of Chestertown. The group cobbed together a PA with some borrowed microphones and pieces of home stereo equipment, and ended up playing their short setlist 4 times through, for a group of partiers that danced until the farmhouse floor was beyond repair. The stars had aligned, and a band was born.

A month later, they had a show’s worth of material worked up and played their first gig at a local bar, where ballots were collected, and the name “Chester River Runoff” was selected by popular vote. In the Runoff’s early days, shows were dominated by jokes and silly covers to keep the crowds entertained in spite of their beginners’ instrumental prowess. However, each member practiced diligently, with Ben switching to guitar and Sam to banjo for most of each show, and as more original material was added to the sets the music began to stand on its own.

This lineup played around the area and traveled as far as Maine, until the fall of 2006 when Tim departed for personal reasons and Ian left to devote his attention to leading another band, The Took. What seemed like the end became the birth of Chester River Runoff as a serious presence on the bluegrass and roots music scene, for Marc Dykeman joined the band on bass and brought with him his wealth of musical knowledge, impeccable timing, and a producer’s ear, and Nate Grower joined on fiddle, who at 20 had already gigged with most of the area’s bluegrass acts and brought a dose of serious professionalism and depth of knowledge about the bluegrass scene. The summer of 2007 saw the group’s area expand, and it’s first widespread exposure when the Associated Press put out a story on the bands topical songs “Where the Speed Limit Changes” and “Plastic Houses”, which decry exurban sprawl development on the Eastern Shore.

At present, Chester River Runoff can hang with the best of the bluegrass scene, with big harmonies and tight instrumental work. At the same time, they preserve in their live shows the warm spirit and humor of friends who got together simply to hang out and learn an instrument. They have an impressive repertoire of original songs, which strike audiences with their honesty and their way of tackling subjects not usually attempted by bluegrass songwriters and takes on the classic themes with a fresh perspective and new imagery. The Runoff have successfully played many of the best and most well known clubs and theatres in the area, including the Avalon Theatre in Easton, Ram’s Head Live, the Purple Fiddle, and have played at major festivals such as the Gettysburg Bluegrass Festival and Falcon Ridge Folk Fest. They have shared stages with many of the best in bluegrass and Americana music, including Steep Canyon Rangers, the Avett Brothers, the Hackensaw Boys, and Adrienne Young; and have had many great shows in unlikely pairings, such as with punk and reggae bands, and even opened for garage rock legends the Fleshtones. The group plays regularly in the triangle described by the Eastern Shore, Richmond, VA, and New York City, but they are always looking to expand their range even more. The band has released a live CD, and its studio debut, “Blue Heron Farm” is set to release on October 8, 2010.

Ben Armiger (guitar, lead vocals) – A prolific songwriter known for his direct and sincere lyrics set to catchy melodies, Ben grew up surrounded by all kinds of country music. One uncle was an original member of the Nitty Gritty Dirt Band, and another uncle and aunt toured the continent with the western swing group Cowboy Jazz. He took up banjo and guitar in his early youth, and started his first bluegrass band while attending Colby College in Maine. While living in Alaska in 2000, he helped to found and played banjo in the Matanuska Thunderpluckers, who are now a fixture on the Alaska bluegrass scene. Ben co-founded Chester River Runoff with Sam in 2004, and started his songwriting career immediately because it was the thing to do, and quickly developed an ability to write memorable hooks and songs that you can sing to yourself on the way home. Ben is also the main emcee at Runoff shows, and plays straight man to Sam’s antics when the band feels like being funny. While his main gig and love is music, Ben is a licensed captain, and does all sorts of stuff having to do with boats (he prefers sail). He also plays guitar, sings, and writes for the country-rock band Pearl Creek with his aunt Kate Bennett of the aforementioned Cowboy Jazz.

Samuel Miles Guthridge (banjo, lead vocals) – According to a notable Washington area fiddler, band co-founder, singer, and banjo player Samuel Miles Guthridge “play[s] the banjo the way MC Escher draws pictures”. He has contributed many original songs and instrumentals to the bands repertoire, and as an instrumentalist and singer with an expressive and distinct personal style, Sam has contributed greatly to the development of the Runoff’s unique sound as well as their strong live performances. His interests range from vintage old-time music to punk rock and jazz, and his varied musical resume attests to that. During his 6 years of playing full-time with CRR, Sam has also performed with Caleb Stine, the Hot Seats, Jordan Tice, Tom Bailey & the Aristocrats, Aspen Run, Brad Gunson, and Cory Seznec among many others, has done a few sessions here and there, and has composed and recorded music for television and podcasts.

Marc Dykeman (bass, harmony vocals) – The musical bedrock and frequently the voice of reason in Chester River Runoff, Marc has been playing music professionally since the early 90s, when he was trombonist with the Annapolis ska band Nope. Since then he has played classical and jazz trombone, and is the only band member with a degree in music. Marc played the upright bass with Ben and Sam at the party which inspired the band’s formation in 2004, but didn’t join up until the fall of 2006 after the departure of the group’s original bass player. A man of wide ranging tastes, Marc also plays bass and composes for the Baltimore-based art rock band Pläns Pläns, who released their second studio album in the fall of 2008. When Marc isn’t playing music, he is the interviewer and sound editor for an an oral history project on the Eastern Shore, and has edited radio spots for these interviews on several radio stations, including WRNR Annapolis and WKHS Worton.

Nate Grower (fiddle, harmony vocals) – The youngest member of the group, fiddler Nate Grower was motivated to take up the fiddle as a teenager after hearing bluegrass music at his home in western New York . He took a few classical violin lessons and made his debut with a symphony orchestra at the age of 17 at a performance of Stravinsky’s “Firebird”. Since moving to Delaware in 2005, he has concentrated his efforts on mastering the art of bluegrass fiddle. His fiery solos transfix audiences, and he is unmatched in his ability to blend into the rhythm section when appropriate. He joined Chester River Runoff in the fall of 2006, replacing a departing mandolinist, after he showed up to a concert with fiddle in hand and ended up sitting in for the entire show,. When Nate isn’t playing with the Runoff, he is the fiddle player in the David Bromberg Quintet, has recorded with the Stonemans, has a solo album out on Patuxent records, and has subbed with high profile acts such as Audie Blaylock & Redline and Danny Paisley & the Southern Grass.