26 Sep Mondays are The Start of Next Weekend

Posted at 14:08h in Uncategorized by Natalee DeHart
0 Likes 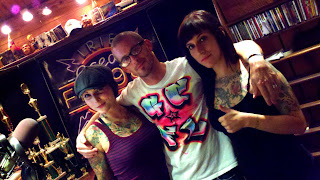 Ok so another weekend in the books for Ocean City MD, It was the last weekend of September and as quick as the second season starts it already feels like it is winding down.  The VW kids (Volkswagen) were in town…. I don’t really  know what to call them, they do seem to fit the majority of the classification of kids, but they really seem to be for all kinda walks of life

The VW kids are nerds in the endearing way, defined as people who are passionate about their  “thing”  much like the biker nerds, beer nerds, and food nerds I often talk about and respect, so that said these guys definitely have packed a different punch on it impact with the town.  For example the 35th  street block was packed with spectators with cameras and hoots and hollers 7 deep along the sidewalk.  Unlike the more sedative cruisers with big bellies that also come out to “Watch Traffic” these guys seemed to be pumped up on testosterone.

However on the whole these guys and girls are passionate about what they do and appeared to be having some Good Clean Fun.

As always the Party Zone ( Saturday nights on Ocean 98.1)  lived up to its name as the radio show was once again invaded by Good People.  This week Ms. Jessica and I had Heather Beran from Salisbury Roller Girls stop by and bring brownies (not pot brownies mind you.)   We had a good time mouthing off, partying and talked a little on air about the SRG upcoming bout on Oct 16th.  That will be a good one for sure. Where there are hot tattooed girls there is a good chance that Nate Clendenen will show up and he did, just in time to join in the festivities that continued off air down at the 28th Street Pit n Pub.  A couple young fine things were celebrating their birthdays and I DJ’ed the dance party till 2 am…

Thanks to everyone that came out!