22 Sep Change Is Good,Embrace It, Don’t Fear It: Facebook

Posted at 07:25h in Uncategorized by Natalee DeHart
0 Likes 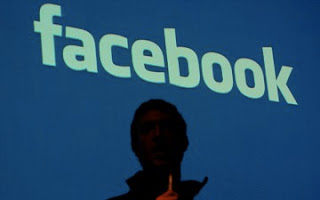 Being on Facebook pretty much all the time between personal time and work, I noticed many many people complaining about the changes that appeared yesterday. Yes, this time the changes were more drastic then in times past. But if Facebook wasn’t constantly evolving, most of those same people would complain that Facebook is stagnant. Look at MySpace, they waited too long to evolve and honestly I don’t know any person that still uses MySpace, except for bands. Each time Facebook has made changes, you see the complaints where? On Facebook.

Facebook has made several small changes on a consistent basis, but yesterdays were definitely a bigger move. If you read the tech magazines and follow Mashable, you would know when changes are on the horizon. I for one, am looking forward to the next change. TODAY, the f8 conference is happening in San Francisco, and more announcements will be made. For those of you who don’t read Mashable, here is a statement that I am rather excited about:

“I have seen what Facebook is launching on Thursday, and it’s going to change the world of social media. And while I won’t talk about the mind-boggling things Facebook will be launching, I will say this: The Facebook you know and (don’t) love will be forever transformed. The news that will come out of Facebook during the next few weeks will be the biggest things to come out of the company since the launch of the Facebook Platform.”
—Ben Parr, Mashable

Embrace the changes, give them a chance. If they are truly frustrating and definitely don’t work for the general population, most likely they won’t last long. Give it a chance, don’t jump on the complain train just yet.