Posted at 18:45h in Uncategorized by Natalee DeHart
0 Likes

For the last several weeks on the Todcast — more on the name change in a minute — we’ve been going over the police beat section of the Bayside Gazette, as much to see if we know the criminals as to keep out listeners abreast of what kinds of crime we’re dealing with in the region. Generally we are fortunate that we tend to just have garden variety small time stuff, but this week (see Page 27 of this week’s Bayside Gazette) there was an honest to goodness heist. More than $50,000 was taken during a precision burglary in Ocean Pines. Here we use precision loosely because the criminals were almost immediately caught trying to pawn the stuff locally. The only thing more amusing than imagining a heist-type gang working Ocean Pines was listen to Todd explain that he thought $50,000 was in quarters rather than part of a valuable coin collection. To be honest, though that would have been cooler because earthmoving equipment would likely have been involved. 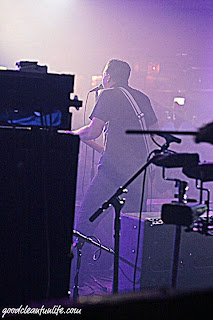 The difference between a podcast and a Todcast is focus. If you go to iTunes (and each week you don’t you break our hearts just a little more) you can subscribe to podcasts, most of which focus on celebrities, national issues and the like. A Todcast is a hyper-local show of a kind just not available on the Internet. By the time other places catch on “Todcast,” we hope, will be the preferred nomenclature for what we do. The two best reasons to tune in this week, however, are because that is the only way you can find out how the key to getting Burley Oak Brewery open this week involved owner Bryan Brushmiller stripped to his boxers swimming in a water retention pond. It’s an appropriately absurd story to end one saga and begin another at Burley Oak.


Our guest was Jessie Wagner, the frontman for a national recording act, the Aggrolites. The group plays what Jessie called dirty reggae, which is a kind of cool way of saying they don’t rely a lot on super-clean technological wonders to produce their music. He just finished a stint on the Warped Tour, one of those massive, traveling mega-concerts, and will head out again in days playing 200 nights a year internationally, which is pretty cool. Also, there’s free music available by download at www.aggroreggae.com. I checked it out and there’s nothing worrisome about the download and the music is totally worth listening to.


Finally, critically and most importantly you are personally and cordially invited to join us 5:30 p.m. each Tuesday at the Burley Oak Brewery for the Happy Hour Todcast. If you want to drop by and listen in or even participate feel free. We’ll be the ones with the beer and microphones. The Happy Hour Todcast comes out Thursday afternoon and is available by subscribing on iTunes. Just type GCFL into the search bar at the iTunes store to subscribe. It’s free, fun and only requires a half-hour listening investment. Fair warning before you listen: Put on your irony hats, kids. It’s all in good clean fun.