Posted at 19:27h in Entertainment by Natalee DeHart
0 Likes 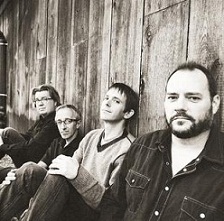 After only playing a few shows since their split in 1998, Toad the Wet Sprocket has reunited and will debut several new songs on their summer tour beginning in Minneapolis, MN and ending in Saratoga, CA.   They will be stopping by Dewey Beach, DE Tonight at the Bottle and Cork.

In 1991, Toad the Wet Sprocket experienced breakout commercial success with the #1 single “All I Want”, followed by “Walk On the Ocean,” which led to the platinum certification of the album ‘Fear’.

After performing over 300 shows in support of the album, the band returned with their second major label LP, ‘Dulcinea’, generating yet another #1 single with “Fall Down”, followed by “Something’s Always Wrong”, which again, led to a consecutive platinum certification.

In 1995, the band released gold certified ‘In Light Syrup’, a collection of unreleased material, b-sides, and movie soundtrack songs featuring “Good Intentions” and “Brother”.  A year after releasing its last major label LP in 1997 entitled, ‘Coil’, the group decided to part ways.

The band began playing more frequently in the past several years, and have all agreed to continue to do so on a more consistent basis with the intention writing new material for what they hope will be their first new album in fifteen years.