Posted at 15:25h in Uncategorized by Natalee DeHart
0 Likes 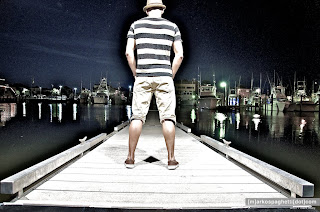 By: Tony Russo
This week Happy Hour comes to you from the sidewalk in front of the Globe in Berlin and, because we failed to make our usual irony announcement at the head of the podcast, it is probably important to say that neither I nor our guest, photographer Mark Huey of markospaghetti.com, cuts nicks into our backs as a reminder of anything. As has been our accidental policy for some time, each of the guests we invite on the show is either completely unknown to me or completely unknown to my co-host Todd DeHart. It was under questioning from Todd that Mark revealed precisely how many thousands of photographs he’s taken over the last decade leading to the assumption that self-mutilation is the only way to keep that kind of count. In my case the suggestion was more that I ought to do some cutting in relation to mistakes that make it into the paper. Just so you know, that’s not going to happen even though many people would applaud such negative reinforcement in my case. When we got finally got down to the business of photography as art, we were able to make a connection between Mark’s approach and that of Little Chico — see his Artist Spotlight here.. Little Chico works in spray paint and paint markers, which are generally considered destructive materials. Mark takes photos he’s carefully composed and shreds them. He uses the resulting strips to put together mixed media presentations, glueing the strips to art boards and adding paint splatter to turn already impressive photographs into modern art. Mark’s problem — and really the problem for any artist trying to break out — is figuring out how to part with his work at a price he is willing to take and others are willing to pay, which gets to the heart of both this particular podcast and the Berlin art scene in general, especially when it comes to photography. Just as spell check has turned so many people into writers (see Todd’s posts at www.gcfl.wpengine.com), the digital revolution has turned anyone with an extra $100 into a professional photographer. For true talents, however, this is a positive evolution because it both demands and allows room for less traditional approaches as a way of thinning the field. Looking into next week because we can’t help ourselves, Todd and I also touched on the simmering rivalry between glassblower Jeff Auxer and restaurateur Greg David. After taking a bit of a beating from the Globe Team in the bathtub races Jeff is looking for revenge in the upcoming peach pie eating contest. Always up for the challenge and the hype, Greg is happy to fan the flames of controversy. If small town living has a primary virtue it is that grown people can take pleasure in discussing how the bathtub races acted as the catalyst for a brewing blood feud in the peach pie eating contest. The Happy Hour podcast comes out Thursday afternoon and is available by subscribing on iTunes. Just type GCFL into the search bar at the iTunes store to subscribe. It’s free, fun and only requires a half-hour listening investment. Fair warning before you listen: Put on your irony hats, kids. It’s all in good clean fun.