Posted at 16:00h in Krugers Korner by Contributing Writer
0 Likes 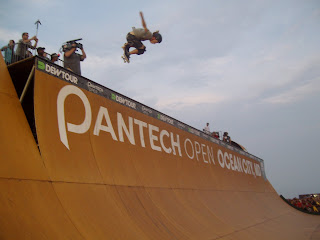 Confession: I am a self-proclaimed sports snob, part of a large portion of the population who look at alternative sports and just don’t get it. You know, the people who stereotype skaters as underfed derelicts with questionable hygiene and weird taste in music. My perspective of all things I had previously associated with alternative sports and what they entail has changed considerably since experiencing the Dew Tour up close. Up close as in from the media section five feet off of the vert ramp (thank you, to Ms. B!). I’ll admit that the only competitor I had ever heard of was Shaun White, and that was only because of his insane gold medal run at the most recent winter Olympics. 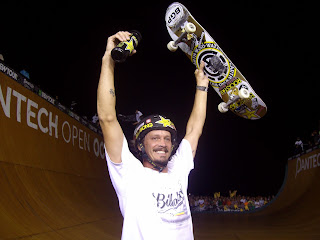 What I’ve learned is that these guys are true athletes who nonchalantly perform gravity-mocking tricks and flips that most (sane) people would never have balls to consider attempting. In temperatures that would make Satan blush, no less (the heat index on Friday and Saturday was 115 degrees. are you kidding me?). Throughout the weekend the competitors were impressively accessible, walking on the boardwalk and mingling with the masses. Or so I am told. I still wouldn’t know who most of them were if they walked up to me on the street and introduced themselves. The skate/surf culture is alive and well and a way of life for many locals in Ocean City, so the athletes blended in pretty seamlessly. And seeing Baltimore’s own Bucky Lasik win the skate vert competition here in his home state was seriously cool to witness. Here is Bucky, following his win. Yep, I was that close.

Admittedly I still will probably not follow professional skating/BMX like I do other sports, which is a good thing, because I’m somewhat maniacal as a football fan. But I am happy to find myself coming away from my Dew Tour experience with a new-found appreciation for the athletes and alternative sports in general.