11 Jul We Got The Beat, the English Beat – Dewey Beach Nightlife

Posted at 14:37h in Uncategorized by Natalee DeHart
0 Likes

It was a spur of the moment sort of thing. A snap decision. And honestly, one of the best ones I’ve made this summer thus far.

Joining my good friends in Dewey Beach to see The English Beat at The Bottle and Cork proved to be a fantastic time. Plain and simple.

I know I was only 3 years old when the group disbanded in 1983 and went on to other projects (i.e. General Public & Fine Young Cannibals), but I was raised on good solid music at a very young age. My father listened to The Clash, The Specials, Blondie, as well as The English Beat and their songs were pounded into my brain before I even knew what new wave, punk rock, post-punk, and ska were. Now look at me.
…But I digress…

I was out and out giddy to see them play.
I’m going to be completely honest and confess that before the show Wednesday night, I couldn’t name a single person in the band except Dave Wakeling. He’s the only original member anyway. The days of Ranking Roger and Wakeling on stage together are long gone (don’t even mention that unsuccessful episode of VH1’s ‘Bands Reunited’ from 7 years ago…Remember that?!).
I’ve gotten to the point in my life where I don’t scour liner notes of CDs and albums to learn every and anything about a band. These days, if I like the music, then that’s all that matters.
And all that mattered that evening was whether they were going to play ‘Hands Off…She’s Mine’, and whether my choice of footwear was going to be comfortable enough to dance in for the duration of their set.

And to answer those aforementioned open-ended questions: Yes they did; and yes it was.

They played all the favorites (‘Mirror in the Bathroom’, ‘Save it for Later’, ‘Best Friend’, ‘Tears of a Clown’, etc.) and never disappointed. Not even with the slower songs that I wasn’t that familiar with. Dave Wakeling’s voice was on point and just as distinct as ever. The sax solos were spot-on. The keyboard was impeccable.
No complaints from me, or anyone around me for that matter.

**A very special thank you goes out to Ray Jacildo for putting myself as well as Susan and Marc on the guestlist. We consider ourselves very lucky to have had the opportunity to meet and hang out and chitchat with Ray, who plays the keys for The English Beat.
Much Respect!** 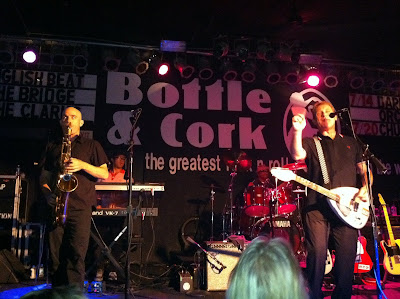 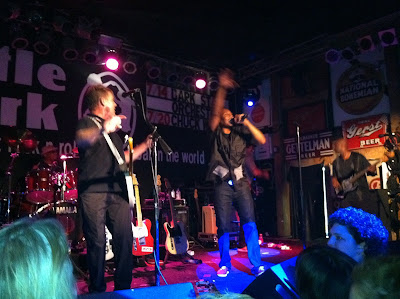