Posted at 09:51h in Uncategorized by Natalee DeHart
0 Likes
The past week has been quite the eventful one. So much has gone on both locally and abroad that it has been hard to keep up. In case you have been living under a rock or have been otherwise indisposed, here is a recap:

Wednesday: Donald Trump proves that his ass-hattery knows no bounds when he “demands” that The Prez produce his birth certificate. Because, you know, as a Muslim terrorist and all, he likely misplaced his forged paperwork. A man who makes people like Omarosa into reality ‘celebrities’ and wears synthetic marsh grass on his head was questioning the dignity of the leader of the free world. Only in America.

Thursday: The best talent from the local music scene filled Moorley Hall at Seacrets for the Electric Company’s CD release party. The place was filled with good vibes and local awesomeness. It was in stark contrast to the uncreased-hat-wearing, creeper crowds who flock there in the summer season. Their go-to pickup line is “So where are you from?” That is if they have a line at all. Sometimes they just appear from behind and assault unsuspecting chicks with a pelvis grind. Anyway, if you haven’t been fortunate enough to hear The Electric Company, Chester River Runoff, or the uber talented Jenn Grinels, I highly recommend picking up all three CD’s.

Thurs. Continued: Finally it’s here! The first round of the NFL draft. Sports nerds everywhere are
championed by their vast reserves of useless sports knowledge, using it to critically analyze every pick of
every round. It’s kind of cute when men try to one-up each other with their analytical two-cents about each player. I love football more than most people, but come on, guys. At least pretend that you have a life outside of ESPN. 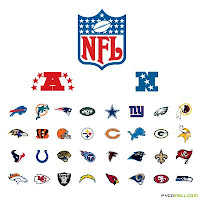 Friday: Apparently there was a wedding or something? Americans really seemed dived into three d
istinct groups: 1) Got lost in the romance and fairytale-ness of it all 2) Got lost in the obligatory anti-monarchy sentiment and posted to Facebook and Twitter incessantly to show their indifference 3) Were actually indifferent. Kate Middleton inspired Commoners everywhere; if you are flawless and beautiful, with hair from a shampoo commercial, you too may one day be asked by a balding 28 year old to marry into a family of uptight elitists and accept a lifetime of being hounded by paparazzi. Thanks for allowing us gals to dream, Kate.
Saturday: Spring Rendezvous at Loaded Gun Customs. A large gathering of motor heads and motorcycle enthusiasts congregate to celebrate… well nothing, really. Loaded Gun is great in that they throw street parties for the sake of having parties. Because parties are fun. Several great bands rocked the LGC “stage” all afternoon and into the night. What happens in Lower Delaware stays in Lower Delaware.

Sunday: The biggest p.o.s. to walk the Earth since Hitler was shot and killed by U.S. Navy SEAL team 6. Patriotic celebrations broke out across the world. For a brief minute or two the country was united in happiness. Then the partisan monster reared it’s ugly head and people were back to arguing. Team Give Obama Credit vs. Team No It Was the Armed Forces It Wasn’t Obama arguments broke out online. We Should Never Celebrate a Persons Death Group started out-moraling Group Fuck That Guy I’m Happy He’s Dead. Can’t we all just get along for heavens sake? You people are ridiculous.

Monday: The first Deck Party of 2011 was held at Fagers Island. Always a good turnout and good time, locals came out to enjoy the evening. Fagers has plenty of good local brews on tap, and the Mexican buffet was fantastic. Other opening parties are indicators of the upcoming tourist season, but Fagers is the one that truly feels like the local kick-off to summer. Todd and I even had a conversation involving vajazzling over a couple of Evo’s. We were doing our part to keep OC weird.

Wow that was an exhausting week. I can’t wait to see what the rest of May has in store for the shore and the rest of the world. Next up, Cinco de Mayo….