Posted at 13:04h in Uncategorized by Natalee DeHart
0 Likes
Saturday in Salisbury is a new event, the 1st Annual DMV Block Party, hosted by OC104’s Chubb Love with performances by Bond and Bentley, Wordsmith … with a spec
ial tribute to RAYZ, A_n_D, Fiction 20 Down and a set from DJ TROTT.
For those not familiar with the performers, here is a little background.

WORDSMITH is very accomplished in his personal and professional life with a B.A. in Theatre Arts, an independent label called NU Revolution Entertainment LLC and an internet radio staion/blog called Revoltradio.com under his belt. Quite the business man, Word was able to gain sponsership deals for his mixtapes through HipHopgame, HipHopdx, AllHipHop, Coast 2 Coast Mixtapes and 2DopeBoyz to boost his career. In 2009 he teamed up with the Legendary Chubb Rock for his collaborative debut, “Bridging the Gap;” that charted on the CMJ/Top 30 College Charts. These deals afforded him the opportunity to gain marketing/distribution deals with Joint One LLC in Japan, Prowax, GoDigital and Red Eye. Soon Licensing deals with Nintendo Wii’s “Madworld,” an upcoming episode of the CBS show The Defenders and Six Flags Theme Parks Came into play in 2010. Wordsmith’s solo debut, “Vintage Experience” scored two singles, Hook-Up Hotline & Tour Guide to New Bride, on the Mediabase Indie/Mediaguide charts. Since 2005 Wordsmith has perfomed at major festival and shows like Artscape, A3C, DUB Magazine Car Show, SoB’s, Love, Sonar and many more.
Take a listen here 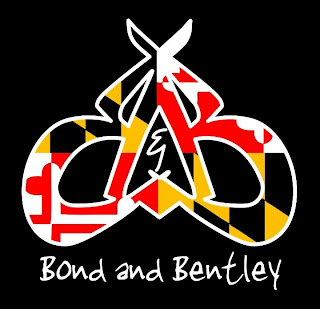 Bond & Bentley, describes themselves as Fusion Rock = Funky, Bluesy, Rock & Roll with some hip hop sprinkled in. Very ear Friendly party music that express flavors of reggae, rock, soul, and rhyme. Currently the band is comprised of Raymond Wroten IV (Lead Vox, Acoustic Guitar), Fresh Competition aka Robert McFreshington (Rhymes, Keys, Woodwinds, Children’s Instruments and a little bit of everything), Kevin Cooper aka Cooper Trooper (Lead, slide, and rhythm guitars), Stanley”3003″ Wetters (Bass Guitar & Beer), & Ben Cowdery (the DRUMMER). Besides seeing them this Saturday at the 1st Annual DMV Block Party, you can catch them back in Ocean City Maryland on May 28th at the Riptide (26th st.) & again that evening at Buxy’s Salty Dog on 28th Street. Take a listen to their music here. 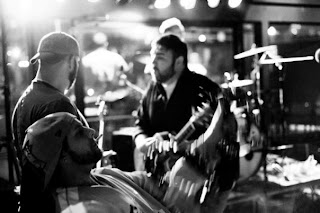 Fiction 20 Down, made up of Jordan Lally (Lead Vocals, Guitar), D.J. Fritzges (Bass), Justin Berdeguez (Lead Guitar) & Andre Toney (Drums, Vocals). Hailing from Baltimore, MD, Fiction 20 Down (also known as F20D) delivers refreshingly diverse tunes that are at once upbeat, yet soothing; delightfully melodic yet rocking. Few bands are talented enough to pull of the wide array of styles F20D boasts while building and maintaining their own authentic identity. As lead singer Jordan Lally states on the 2010 track “Play On”, from the Let It Ride EP, “I am movin’ and you can’t stop me,” displaying the band’s attitude that this is their music, their destiny, and nothing is gonna stand in their way.
Currently you can download their current EP here. 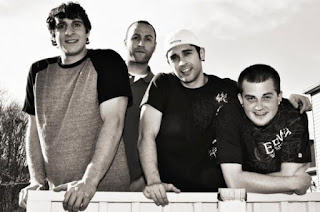 Come out and support a great musical event in Salisbury. You can purchase your tickets in advance for $15 online, or at the door for $20. If you have a college ID you can get tickets at the door for $15. Tell your friends, spread the event on Facebook, do what you have to do to show support for local music. Thanks to Grand Flow Entertainment for putting on this event.
$2 of all Proceeds go towards “The RAYZ Foundation”