Posted at 10:39h in Uncategorized by Natalee DeHart
0 Likes

Listening to the Dude and Bulldog the other morning on 98.1 as they were talking about the viral sensation of Blankety blank and her new song Something with the word Friday in it (not the official title) .

The Dude, a musician, was taking the stance that it is shit and it is only getting popularity and attention because it is so bad -yet still produced to a high quality, auto-tuned and all that. Produced to high quality not that the substance had an ounce of quality … in fact I feel the millions of people that have bought or listened to it are now actually dumber (I include myself in this too).

Bulldogs stance was that this is the way to go for promotion, a viral video, with that many downloads has resulted in recognition and revenue of some form. That is true…. but only if your goals are as short sighted as cutting the tree branch you are sitting on to get firewood. 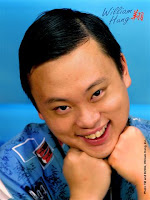 This song was produced to sound “like” something you should enjoy. The video was produced to look like something you should watch. It was all done digitally and enhanced to meet the middle of the pack demographic. The producers are more like scientific researchers than artist with an ounce of credibility in the industry. They hit their numbers and proved a theory, but in doing so created something new but not unique.

Peter Shankman of Mashable brings the question of weather the age of Mediocrity is our own fault in his article – Rebecca-Black-Mediocre-Culture. Shankman says “It’s a world where anyone can post, and in many cases, the worse the performance, the better it does. Call it the “William Hung” Effect.” and also confirmed for me that this was a gift that was given to a teenage daughter by her parents. (My daughter will soon have a viral Reggae video)

The bigger question is – What is new and unique in media, anyhow? I had a great conversation with a talented artist (who will soon be parking some of his stuff here) about the fact that in music, photography,and video….digital is the norm. It has created a level playing field for everyone, and I mean everyone…. (Also, coming soon Brodie TV, HD content created by my 7 year old son.) So given that everyone is on a level playing field in the digital realm is any thing unique that anyone else can create? If you are an artist or just a fan of these mediums, you already know that the answer is in the search for something better. Artist that I have talked to are less concerned the end game and more about the journey or process, and it is this process that lends itself to truly unique art, music, or content. There is great Original and unique stuff out there. I challenge everyone to go out and find it or better yet create your own.