Posted at 16:00h in Uncategorized by Natalee DeHart
0 Likes 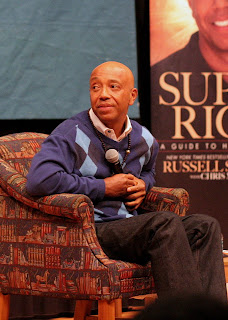 It is important that you are doing what you are passionate about and that you are willing to be a slave to it. This sentiment is shared by an idol of mine, co-founder of Def Jam Records, and one of the first to use the phrase “Protector of the Brand.” Much respect for him and what he has done throughout his life. In a world where every one is looking for the quick fix, Simmons reminds me that being a slave to your passion is a long term commitment and rewards though uncertain are eventually realized.

A little while ago I had the distinct privilege to see Simmons speak to a small group of students in Baltimore. He had been on a tour with his new book “Super Rich” which addresses the concept of redefining wealth in order to “have it all”. With crappy economic times and lots of people I know struggling it is easy to say to him ” Nice for you to say you have already made your fortune.”
He responds to this question ” It doesn’t matter how big your mansion is, you can only sit your ass in one seat…..and what you do while you are sitting in that seat is up to you.” I was impressed with his authenticity and dedication in what he believes in, especially while speaking to young inner city kids. He did not come off like a high and mighty celeb-retard speaking down to his audience. He made the promise to everyone in that room that “no one in that room would starve to death.” Initially laughing it off as an embellishment, he reiterated and made it clear he believed it to be true. Its a great concept and and once you are comfortable in the security that you wont starve it opens up a world of possibility. 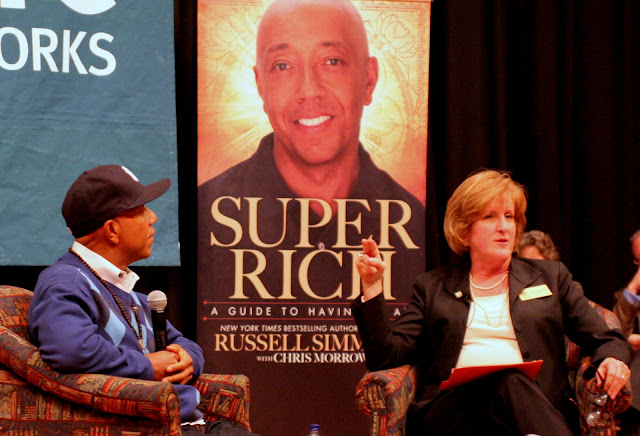