Posted at 22:08h in Uncategorized by Natalee DeHart
0 Likes

My current theory is that the Ocean City Maryland area has the highest concentration of talent per capita Compared to any where else in the world. Singers, song writers, musicians, and painters that live and work in this area makes me think of Athens Georgia in its hay-day. We don’t have the college but we have the large influx of people in the summer months. We do have the “college “ radio station where you can hear local voices and local bands with DJ’s that you run into at the Bars. We have the Bars too that’s for sure. This Area has been building a local scene of acts that are now pushing original stuff and drawing original acts from the entire region. We have new untraditional venues that are popping up everywhere, even the in the sleepy neighborhoods. More and more I’m feeling like the call to action is upon us to pull together and take our fight of musical artistry prominence to the rest of the nation and the world. (More to come on that later.) 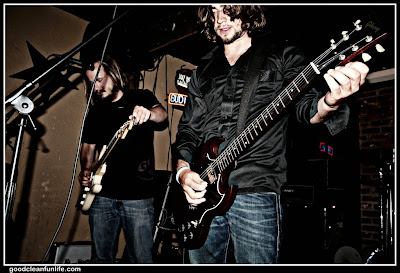 My point was proven this passed weekend when Lower Class citizens of Ocean City ventured to Ego alley in Annapolis and crushed the collective Id of the area with one crappy PA tied behind their back. Later in the evening David Crosby and Neil Young where spotted throwin back a couple of Budweisers and lamenting the fact that Steven Stills was not there to try and give Lower Class a run for total epicness. GCFL has covered the boys a number of times but seeing them in a new venue and out of context of Ocean City makes you realize how pro these guys are – squeezing every ounce of Rock and Roll out of a borrowed setup, they left it spent for anyone that had to follow. They over came early challenges in getting acquainted with the venue and sound system and with no sound check they hit their stride quickly and didn’t let up till the job was done, over and finished.

When it was finished they piled in their plush taxi for ride home with Christina Ricci and Sam Jackson. I heard they rolled the driver and didn’t pay their fare – that’s rock and roll.