Posted at 19:43h in Uncategorized by Natalee DeHart
0 Likes

For those of you who live in the Ocean City/Delmarva area, we had a true snow day this weekend! In the 12 years we have lived here, we have never seen this much snow. It began to fall Saturday morning, giving a great excuse to hole up inside and have a movie marathon. Of course, living here, you never think it will continue to last, there is just no way! Well, we decided to continue with the Snow Festivities, and invited friends and neighbors over for social hour (or hours as it was). Eating, drinking, laughing and playing games…great way to spend the time stuck in the house. 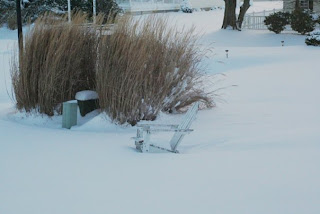 The funniest thing that came out of this weekend of white, is the realization that our children are not truly familiar with playing in the snow! We do not have any hills to sled on, so you create snowpiles and use boogie boards, or skateboard decks to slide down…also, our children here on the Eastern Shore are more used to playing in the sand, since they live at the beach. So when there was as much snow to play in as there was this weekend, instead of building snowmen and making snow-angels, they build snow-castles and bury themselves in the snow. It was such a hilarious realization that I had to share.

I hope everyone enjoyed this blast of winter life, but without a doubt I cannot wait for Summer and the sun, surf and sand 🙂